When you have serious dust mites infestation in your home, you’ll try everything in your disposal to kill these microscopic pests, including vinegar.

Yes, that same bottle of vinegar that is used in cooking and has been comfortably resting on the shelf.

But is vinegar an effective solution for dust mites. You’ll want to read what I’ve shared before emptying half a bottle of vinegar into the laundry.

What Is Vinegar Made Of 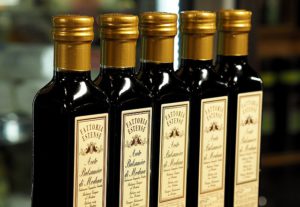 The word vinegar can be traced back to the Latin word of vinum and acer, which means sour and wine respectively. It produced by the fermentation process that results in acidic properties.

Vinegar usually contains 5-20% of acetic acid.  It has an acidity that ranges between 2-3 PH.

While vinegar is commonly used in food preparation, it is also a common solution used for household cleaning.

However, there is a theory that the acidic property of vinegar can destroy the protein of dust mites’ fecal pellets, which are the real culprit of allergic symptoms in individuals. The effect of vinegar in reducing the dust mites population requires specific studies.

The closest study that suggests the effectiveness of acidic properties in controlling dust mites is one that is using tannic acid. Although the study found that the use of tannic acid only decreases dust mites in carpet temporarily, it opens up ways to use an acidic solution to reduce dust mites.

How To Use Vinegar In Getting Rid Of Dust Mites

Basically, there are two ways to use vinegar in your battle against dust mites. The first involved spraying the vinegar on your beddings. To do this, you’ll need a spray bottle.

You can choose to dilute the vinegar with water if u wish but for a stronger effect, it’s best to spray undiluted vinegar. Pour the vinegar into the spray bottle and spray on beddings, carpets, rugs, and other areas that you suspect are breeding spots for dust mites.

It helps if you carry a clean cloth and wipe the vinegar that is sprayed on the surfaces.

Dust mites infestation are usually the worst in the bedroom. As such, you’ll want to clean the beddings regularly. To destroy the fecal pellets that are trapped in bedsheets, pillowcases or duvet covers, you can add a cup of distilled white vinegar into the washer when you’re doing laundry.

Remember that vinegar doesn’t kill dust mites. To do that, you’ll want to increase the washer temperature to at least 130 Fahrenheit or pour hot water into it. That will effectively put an end to the dust mites.

Another effective natural remedy that goes well with vinegar is essential oils. Essential oils like clove, eucalyptus, and tea tree oil are proven to reduce dust mites population. You can add a few drops of such essential oils into vinegar for extra firepower against dust mites.

Despite vinegar is a natural remedy, it doesn’t mean that it’s absolutely safe to use. Vinegar, regardless of the type, contains a certain concentration of acid. It isn’t the mildest solution available and if you’re highly sensitive, exposure to vinegar can cause rashes or other skin allergies.

Make sure you’re using gloves when you’re pouring or cleaning with vinegar. Also, avoid exposure to other sensitive areas like eyes, nose, and ears.

Also, you wouldn’t want to mix vinegar and hydrogen peroxide, because it’s a combination that produces a form of acid that can cause irritation to the skin and eyes.

I’ve encountered articles that suggest taking apple cider vinegar to alleviate dust mites allergy. However, there seems to be a lack of studies that suggest the effectiveness of vinegar in reducing allergies.

Is Vinegar The Best Option In Killing Dust Mites?

Personally, I don’t believe vinegar is the top choice in killing dust mites. I’ve never used a drop of vinegar when cleaning a heavily-infested bedroom. For a start, I’m never a fan of vinegar and the thought of beddings reeking with the acrid smell turns me off.

Also, some people may recommend using apple cider vinegar but there’s a chance that it may stain the fabric. So, I’m not putting vinegar into my anti-dust mites arsenal.

Alternative Ways For Killing Dust Mites That Are More Effective

I believe I’ve managed to reduce dust mites substantially, as my son’s allergic symptoms eventually subside. But it was an ordeal that lasted the entire year. Anyway, here are some of the tools or practices that I’ve used consistently before those symptoms went off.

Do note that managing dust mites level in your house isn’t a one-off affair. You’ll have to be disciplined in cleaning your house and ensuring that it is free from dust and moisture to prevent dust mites from breeding.

Hopefully, this article has helped you in some way in reducing dust mites in your home.

I spent several years battling dust mites, which greatly affected my son's health. It takes rigorous effort and some dust mite busting tips to keep the symptoms under control.